Getting to know... Termites 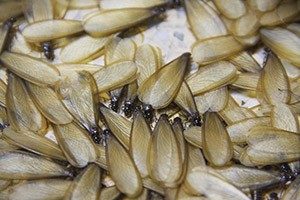 Often, people are alerted to a subterranean termite infestation by the presence of winged termites, known as swarmers or alates. Swarmers are the reproductive caste in a eastern subterranean termite colony and appear in spring. The swarmers emerge from underground colonies in order to mate and establish new colonies. They are attracted to light so are often found along window sills, doors, light fixtures and vents.

Ant swarmers are often confused with termite swarmers. You can usually distinguish a termite swarmer by 3 key features – its thick waist, straight antennae and wings of equal size.

Subterranean termites build mud tubes to protect themselves from predators and from drying out (they require high humidity). These mud tubes are made of soil, saliva and excrement and serve as a highway for the termites from their colony to their food source. They connect the ground to the wood and are a common sign of an infestation.

Mud tubes are often found where the sill plate joins the foundation wall, where support beams meet the floor, behind baseboards and in cracks and joints. 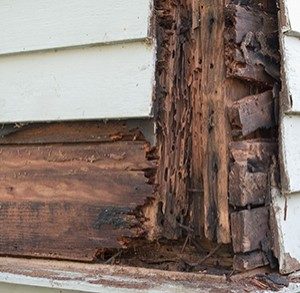 Often, damage is hidden and goes unnoticed. If you discover damage behind walls or under floorboards, it may not necessarily be from an active infestation. It is important to find evidence of live termites to determine whether the damage is old or from an existing infestation.